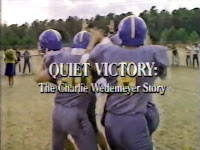 This is the true story of Los Gatos (California) high school football coach Charlie Wedemeyer (Michael Nouri). At 31, onetime football pro Wedemeyer is living the American dream; a winning team, a happy marriage and public adulation. Then in 1977, Charlie is diagnosed as suffering from ALS, a degenerative neurological ailment better known as Lou Gehrig's disease. Given only one year to live, Charlie determines to continue leading his Los Gatos Wildcats to a state championship -- which he eventually does, despite losing all powers of speech and movement. Several notches above the usual "disease of the week" TV movie, Quiet Victory: The Charlie Wedemeyer Story was directed by ROY CAMPANELLA II -- himself the son of a physically disabled pro athlete, baseball star Roy Campanella. ~ Hal Erickson, Rovi 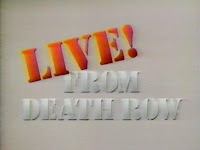 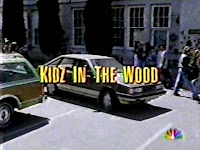 When a wise teacher takes eight troubled, aimless kids on a re-creation of a wagon train journey along the Oregon trail, the youths learn important lessons from the past while enduring the struggles and strife suffered by the pioneers who settled the West. ~ Sandra Brennan, Rovi 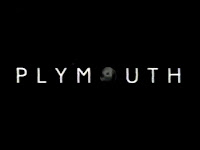 An unsold television movie pilot that traces the story of the people of a small town who become the first human inhabitants of the moon. 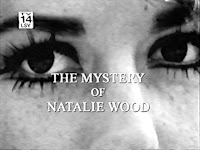 This three-hour TV biopic of actress Natalie Wood emulates Citizen Kane by beginning at the end -- the tragically ironic drowning death of the water-phobic actress in 1981 -- then recounts her life story in flashback. Justine Waddell plays the adult Natalie, with younger performers Elizabeth Rice, Candice Moore, and Nadia Scappa portraying the actress in various stages of childhood, adolescence, and puberty. Although little Natasha Gurdin's Russian-born mother and father (here played by Colin Friels and Alice Krige) had drive and ambition, it was the girl herself who energetically and enthusiastically promoted her career as a child star named "Natalie Wood," and it was Natalie herself who demanded that producer stop casting her in cute-kid and ingenue roles and take her seriously as an adult -- even before she technically was one. Naturally, the film recounts Natalie's marriage to actor Robert Wagner (Michael Weatherley), the breakup of the union as she pursued affairs with the likes of Warren Beatty (Matthew Settle), and Wood and Wagner's ultimate reconciliation and remarriage. One might assume that the "mystery" of the film's title is Natalie's death by drowning -- to this day, no one quite knows how she managed to end up in the water -- but it also manifested in the enigma of Natalie herself, a woman who despite her aggressive and unending pursuit of fame and stardom might well have willingly given it all up just to be a wife and mother. In fine old Hollywood-biography tradition, the movie boasts an endless parade of celebrity lookalikes impersonating such friends and colleagues of Natalie Wood as James Dean, Edmund Gwenn, Marilyn Monroe, and directors Irving Pichel, Elia Kazan, and Nicholas Ray, as well as several real-life celebs offering their reflections on the film's protagonist, notably Margaret O'Brien, Robert Vaughn, and Henry Jaglom. Directed by no less than Peter Bogdanovich, The Mystery of Natalie Wood first aired over ABC on March 1, 2004. ~ Hal Erickson, Rovi 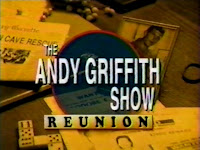 Cast members from "The Andy Griffith Show" gather to reminisce about the classic 1960's TV series. The program is a series of interviews conducted by Andy Griffith. He interviews the other cast members and questions them about their favorite episodes and other memories. It also includes clips from select episodes as well as home movies taken on the set. Present are Andy Griffith, Don Knotts, Ron Howard, George Lindsey, Jim Nabors and Jack Dodson. Sheldon Leonard and Aaron Rubin also gave interviews. The sets used were not the originals. The designer used only set pieces to offer the feel of the show. Also included are a series of celebrity comments about the show, including journalist Charles Kuralt, baseball player Nolan Ryan, musicians Randy Travis, Kenny G, Reba McEntire and Clint Black, actors Burt Reynolds and Lisa Hartman, and football players Bob Golic, Howie Long and Steve Wright.