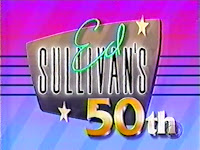 The usual hodgepodge you get from any "clip" show. If any show had the ability to really exploit the milestone of a golden anniversary it was this show. But to pack it all into a tidy one hour slot doesn't satisfy anyone. Lots of short clips of a whole bunch of people is just frustrating. Ably hosted by the brothers Smothers.

Posted by TVRepeater at 12:48 PM No comments:

They do it every year and every year it pleases. This was no exception unless you don't like hip music, beautiful women and sexy attire of course. Music is subjective as is beauty, and they are presented together here for your enjoyment. 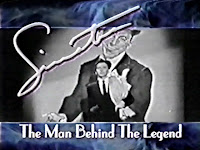 On the evening of his 81st birthday the good people from ABC News honored the great Frank Sinatra with "Sinatra: The Man Behind the Legend". A wonderful retrospective just a short two years before his passing. 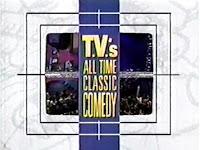 Nothing new here, but just the same this is a comprehensive collection of funny bits from the previous three decades of sitcoms segregated by categories i.e. Sight Gags, Tirades, Pregnancy, etc. Presented to a live audience by an ever-mugging Martin Short, you'll see clips from "The Honeymooners" to "The Simpsons" to "Buffalo Bill" and beyond. The choice of shows was good but the clips were simply retreads, would have been nice if they had dipped into the vault for some things unseen. Lord knows there's infinite amounts that will never be seen. A lot of work went to this show and with access to the archives of the multiple networks it could and should have been better. 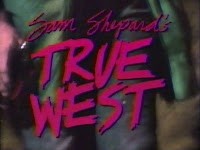 Part of the American Playhouse PBS anthology series, this is from January 31, 1984. The film is a record of the legendary Steppenwolf Theater production with which the celebrated troupe first broke through on the New York stage in 1982. A far more successful version of the Sam Shepard play than the earlier Peter Boyle/Tommy Lee Jones production at the Public Theater which had sparked a highly publicized battle between Shepard and impresario Joseph Papp, it remains fascinating despite the obvious limitations of such a project. Arguably one of the playwright's masterpieces, the doppelganger motif of this comedy-drama supports a more earthbound reworking of the dueling rock stars of The Tooth of Crime and their poetic meta-language. Accordingly, the relationship between the volatile drifter Lee (John Malkovich) and mild-mannered screenwriter Austin (Gary Sinise) feels less like that of brothers than of the two warring sides of Shepard's personality. Or more precisely, as the brothers warily stalk each other, eventually morphing into one another, the playwright seems to be invoking chthonic desert gods in a ritual designed to restore his creative powers and reintegrate his psyche. As ponderous as this might sound, the play is rife with comedy, from the instant rapport between Lee's thief and the sleazy Hollywood producer, to Austin's pride in his collection of recently purloined toasters. Although Sinise, who also directed the stage production, is excellent here, Malkovich is truly stunning, by turns vicious, curious, pleading, threatening, sly, paranoid, hateful, and funny. ~ AMG Michael Costello, Rovi 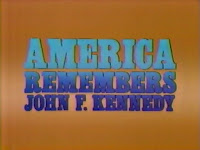 Television oddity, nearly impossible to find. Great rundown of all things Kennedy to that point, all of it glossy, all of it glowing. Their legacy has been documented here in an exacting if not fawning way, it's obvious the emotions of those men and women who worked with and knew him closely were still affected after 20 years. 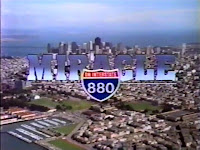 Based on the 1989 earthquake that rocked San Francisco, this is the true story of the rescue workers who at their own peril tried to free the people trapped under a collapsed highway. ~ Tana Hobart, Rovi

Posted by TVRepeater at 6:14 PM No comments: 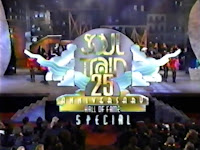 From the Shrine Auditorium in Los Angeles, California it's the black-tie silver anniversary celebration of the greatest black-themed music and dance show in history. Arsenio came out of his hole (his words) to man the podium for the hosting duties. So-so comedy combined with excellent musical performances make for a better than great evening.

The 42nd NAACP Image Awards were broadcast live on FOX TV on Friday, March 4, 2011. The show, which recognizes the accomplishments of people of color, was hosted by Wayne Brady and Holly Robinson Peete live from Los Angeles’ historic Shrine Auditorium.

The NAACP IMAGE AWARDS celebrates the accomplishments of people of color working in the fields of literature, music, television and film. The awards also honor individuals or groups who promote social justice through creative endeavors.