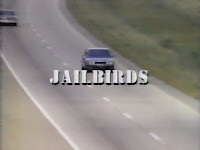 The made-for-TV "Jailbirds" is a distaff comedy variation on "The Defiant Ones". Phylicia Rashad plays an important LA business executive, while Dyan Cannon portrays a trailer-trash babe from Louisiana. Both Rashad and Cannon are thrown into a dank Southern jail for crimes they didn't commit. While manacled together, the ladies escape, driving each other cuckoo as they elude their captors. Apparently, CBS had so little faith in "Jailbirds" that the network hardly bothered to advertise the film when it premiered May 16, 1991. ~ Hal Erickson, Rovi