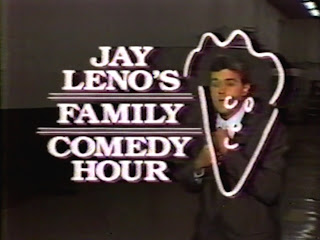 Reminiscent of a "Tonight Show" test-drive for Jay including JC himself. Corny opening scene with Johnny passive-aggressively putting Jay in his proper place. It's supposed to be funny lest we forget the power of Mr. Carson; nothing was light or frivolous. IMHO he was setting the groundwork or foundation of an enterprise that was inevitably passing from one hand to another. And whomever got Johnny's scraps was going to more than earn them. After the opening credits we're introduced to the lovely cast including the late Bea Arthur, whom only recently passed as did the legendary Barbara Billingsley. On the day Mrs. B. passed we had dinner at "Billingsley's", their family-owned restaurant here in Los Angeles. RIP to both of these great ladies and also to one of my personal favorites; John Hancock. He was large, he was black and he was usually in charge. A great character actor, RIP big guy.


If you can forgive a little corniness there are some funny skits, unlike the live chit chat. The writing for the live segments is a fail but the skits are genuinely funny. Some of them at least. Worthy viewing.